An Introduction to... Lewis

I'd like to introduce you to my lovely second born, Lewis, today. Lewis is 5 at the moment and just coming to the end of his first year of primary school. Despite being incredibly intelligent (I've been calling him Baby Genius since he was about 5 months old), he's not into blowing his own trumpet - that's my job. On numerous occasions recently he has managed to work out a mathematical problem before me, which is beginning to become a bit of an embarassment. 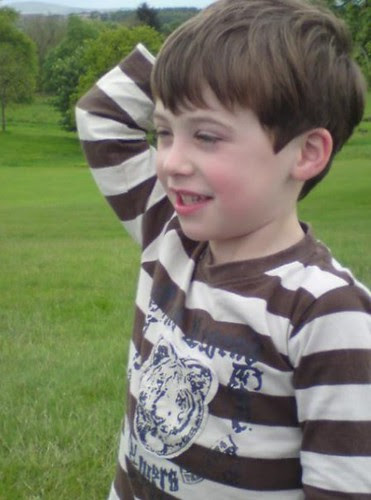 He has also been on the receiving end of Head Teacher awards in school for his fantastic story writing - in fact his writing has been compared to being of the level expected of a child in P3! We're incredibly proud of how he is doing in school.

Last year we discovered that Lewis has glue ear and he had to go in for a wee operation to have gromets put into his ears and his adenoids removed. He recovered really well and we've noticed a huge difference in him. He's not called Lewis...Lewis...LEWIS...LLEEEWWIIISSSS! any more. Just Lewis. 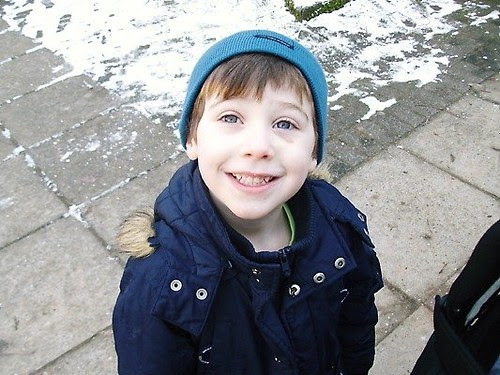 SORRY, WHAT DID YOU SAY? WHAT?

Lewis loves swimming - he's like a penguin. Slightly awkward on dry land and beautifully graceful in the water. Although not the sportiest of children, this seems to be his activity of choice as not only does he have a knack for it he really enjoys it as well. 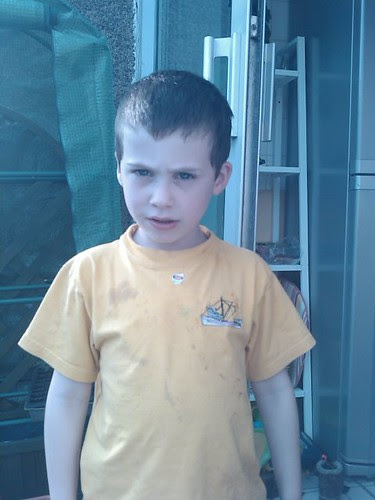 So that is my little Lewis - not that he's all that little any more. After the summer he will be going into P2!
Posted by cupotea at 10:18